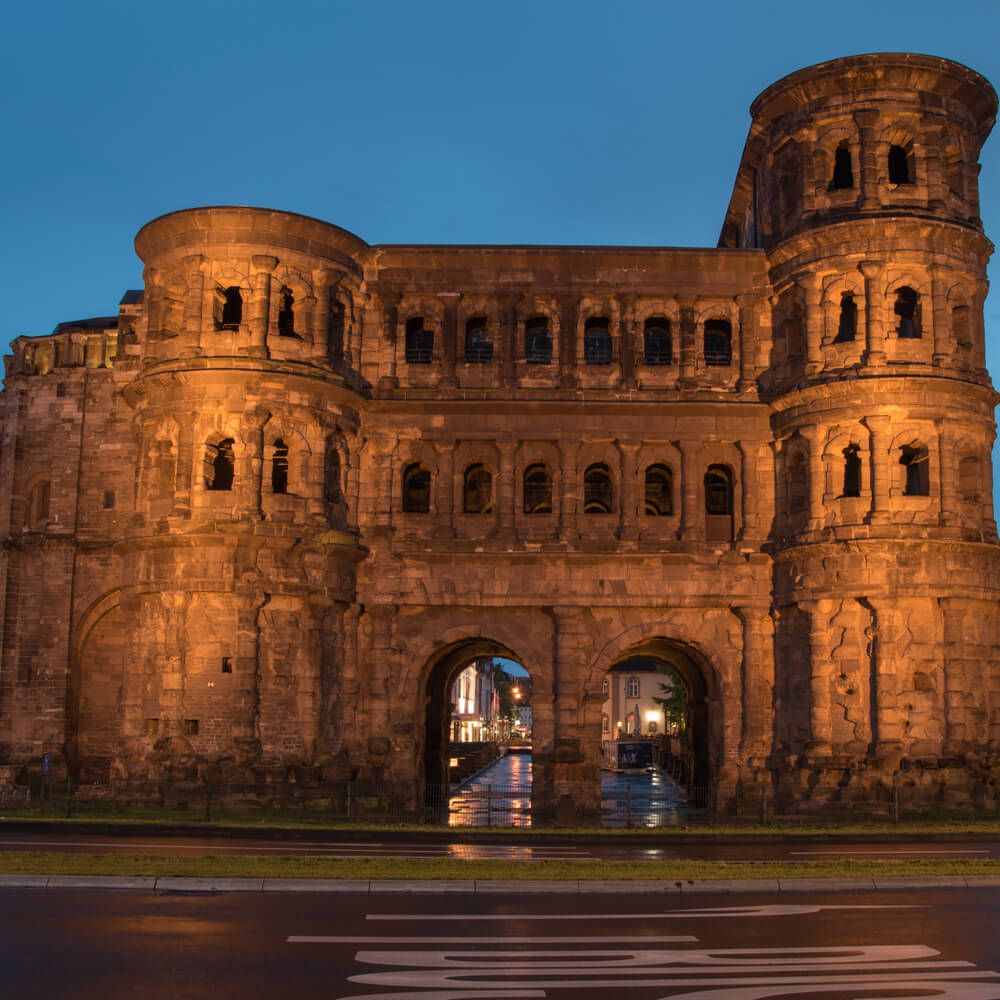 Trier is the oldest city in Germany, the valley in which Trier stands having been settled some 10,000 years ago. The Roman Emperor Augustus raised the status of the settlement at the ancient crossing place over the Moselle between the confluences of Saar and Ruwer to that of an Augusta, AUGUSTA TREVERORUM, Augusta of the Treveri.

Two centuries later, six Roman emperors resided in Trier; they included Constantine the Great, who made Trier into a centre for early Christianity.

Nowadays Trier is internationally famous for its wide variety of light and fragrant wines. Its culinary specialities and the mild climate also make this city on the Moselle an ideal place in which to relax and learn a language.